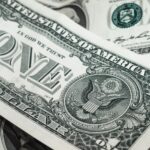 The lawsuit was filed in the U.S. District Court for the Southern District of Ohio, Eastern Division (Columbus) and is titled Piner, et al v. FreedomRoads, LLC, et al, Case No. 2:17-cv-00902.

Additional information about the collective action against Camping World may be found by contacting our office by calling 1-614-949-1181 or emailing mcoffman@niftyrocket.com. If you have any questions about whether you are properly receiving overtime or whether you are being properly compensated for all of the compensable hours you work at the proper rate of pay, then contact our office today for a FREE consultation. If we prove a violation of the FLSA, you may be entitled to unpaid overtime wages for up to the past three years, an additional amount equal to the unpaid overtime, attorney’s fees and costs.