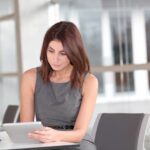 If an employer does not pay otherwise exempt employees the minimum salary, then the employees would be entitled to overtime pay (1.5 times their regular rate of pay) for all hours worked over 40 in a given workweek.

However, again employers have won the first battle by receiving the preliminary injunction which kept the new law from ever becoming effective. The final result of the fate of the new overtime law is far from over though as the injunction was only “preliminary” and it has been appealed by the United States Department of Labor as can be seen here

The status of the law is a fluid situation. The appellate court may reverse the district court and the law could be retroactively applied to December 1, 2016, a permanent injunction could be issued, and appeals either way are certainly expected. If you have questions about your compensation, your right to overtime, or any other issues related to your pay, then please contact our office for a FREE consultation with an Ohio FLSA Overtime Attorneys by filling out the information below or calling 1-614-949-1181.