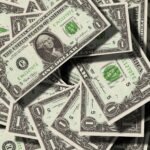 Coffman Legal’s FLSA Overtime Attorneys filed a Collective and Class Action Lawsuit against NTI Services, Corp. for allegedly miscalculating overtime pay for its employees, which resulted in not accurately or fully paying employees for their overtime pursuant to the FLSA.

On April 29, 2020, the law firm of Coffman Legal, LLC filed a Collective and Class Action Complaint against NTI Services, Corp (“NTI”) on behalf of NTI’s cable installation technicians, and other similarly situated employees, for NTI’s alleged failure to properly calculate the employees’ regular rate of pay for purposes of computing the employees’ overtime rate. This alleged miscalculation of the employees’ regular rate of pay resulted in NTI failing to fully compensate its employees for all wages and overtime wages they earned in violation of the Fair Labor Standards Act (“FLSA”).

The Complaint alleges that NTI paid its cable installation technicians piece rate pay. Piece rate pay is where an employer pays its employees per units or pieces (or in this case per job depending on the type of job) they complete, as opposed to an hourly rate of pay or salary. The FLSA permits a piece rate pay system; however, employers must still comply with minimum wage and overtime obligations. Employers are also still required to keep accurate timekeeping records in order to ensure employers are properly calculating and paying piece rate employees all wages and overtime.

The Complaint alleges that NTI paid its cable installation technicians on a piece rate system, but calculated overtime as if the employees were paid minimum wage instead of based on their regular rate of pay. This resulted in the employees being underpaid for overtime hours worked in violation of the FLSA.

The lawsuit seeks unpaid overtime wages since April 29, 2017, liquidated damages in an amount equal to the unpaid overtime, attorney’s fees, and costs, among other things. The lawsuit was filed in the U.S. District Court for the Southern District of Ohio, Eastern Division (Columbus) and is titled Morse v. NTI Service, Corp., Case No. 2:20-cv-2173.

Additional information about the collective and class action against NTI may be found by contacting our office by calling 614-949-1181 or emailing mcoffman@mcoffmanlegal.com. If you have any questions about whether you are being overtime based on a piece rate pay system, then contact our office today to speak with our Overtime Attorneys regarding any wage and hour issues.