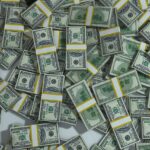 FLSA Overtime Attorneys at Coffman Legal, LLC filed a Collective and Class Action Lawsuit against Gulfport Energy Corporation for the alleged misclassification of employees as “independent contractors” in order to not properly pay overtime wages earned pursuant to FLSA.

The Complaint alleges that Gulfport Energy misclassified its employees as “independent contractors” in order to avoid compliance with the FLSA, and in particular, to avoid paying its employees overtime pursuant to the FLSA.

The Supreme Court of the United States has long held, “Where the work done, in its essence, follows the usual path of an employee, putting on an ‘independent contractor’ label does not take the worker from the protection of the Act.” Rutherford Food Corp. v. McComb, 331 U.S. 722, 729, 67 S. Ct. 1473, 1476, 91 L. Ed. 1772 (1947). If an employer misclassifies an employee as an “independent contractor,” then the employer can be liable to workers for overtime wages they otherwise should have paid them per the FLSA.

So how do you determine whether a worker is an “employee” or an “independent contractor?”  The Sixth Circuit’s standard is that “employees are those who as a matter of economic reality are dependent upon the business to which they render service.” Keller v. Miri Microsystems LLC, 781 F.3d 799, 807 (6th Cir. 2015).

The following factors are used to assist in the application of the economic-reality test:

These workers were paid day-rate wages, meaning they were paid a set amount of dollars per day, regardless of the amount of hours worked. However, these blue collar day-rate employees are still entitled to overtime pay at one and half times their regular rate of pay.

The example above shows how an employer can misclassify an employee as an independent contractor in order to underpay the employee in violation of the FLSA. As an independent contractor, an employer is not required to pay overtime wages; however, as an employee, the worker is entitled to overtime wages. The unpaid overtime damages add up over time, and non-exempt hourly employees are entitled to receive full and proper compensation under the FLSA. The FLSA sets forth the minimum compensation employees must be paid.

The lawsuit seeks unpaid overtime wages since April 8, 2017, liquidated damages in an amount equal to the unpaid overtime, attorney’s fees, and costs, among other things.

The lawsuit was filed in the U.S. District Court for the Southern District of Ohio, Eastern Division (Columbus) and is titled Bryon Lefort v. Gulfport Energy Corporation, Case No. 2:20-cv-1792.

Additional information about the collective and class action against Gulfport Energy may be found by contacting our office by calling 1-614-949-1181 or emailing mcoffman@mcoffmanlegal.com. If you have any questions about whether you are being misclassified as a worker or if you are being properly paid for all of the compensable hours your work at the proper rate of pay, then contact our office today to speak with our Overtime Attorneys regarding any wage and hour issues. Our Ohio Overtime Lawyers regularly handle misclassification cases, including where an employer has misclassified an employee as an “independent contractor” like Gulfport.