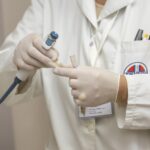 Home Health Workers, Aides, and other Employees Providing Companionship Services are now entitled to Overtime Pay as of January 1, 2015.

The law has changed and employees who have been taken advantage of are now entitled to much deserved overtime wages. Almost 2 million home care workers are now non-exempt and protected by the Fair Labor Standards Act (“FLSA”) ensuring that they are paid at least minimum wage for all hours worked and overtime pay for all hours worked over 40 in any given workweek.

The Home Care Final Rule which was issued on October 1, 2013 had an anticipated effective date of January 1, 2015. Prior to the effective date, home care companies challenged the Home Care Final Rule. Understandably, the home care companies were dissatisfied that they would have to start paying their employees time and a half (overtime) for all hours over 40 per week when they routinely worked the employees 70 or more hours per week.

In December 2014 and January 2015, the D.C. District Court issued orders and opinions vacating the Final Rule’s third party regulation and revised the definition of companionship services.

The Department of Labor (“DOL”) appealed the district court’s orders. Thereafter, on August 21, 2015, the appellate court issued a unanimous opinion which affirmed the Home Care Final Rule and reverse the lower court’s orders.

If you are a home health care employee working as a home health aide, caregiver, or in any other position to provide companionship or other services, then you should speak with our Ohio overtime attorneys immediately. It is likely that your once “exempt” position (and not entitled to overtime pay) is now a “non-exempt” position such that you are entitled to overtime wages for all hours worked over 40 in any given workweek. In other words you must be paid time and a half for every hour you work in excess of 40 for each workweek. If you are not paid overtime wages, then you are entitled to your unpaid overtime pay with an equal amount of liquidated damages and attorney’s fees.

Our Ohio overtime lawyers provide free consultations and are happy to speak with you about any issues you have with your compensation, including the failure to pay overtime wages. In addition, you are protected from retaliation in the event you take legal action against your employer to enforce your right to overtime wages. Contact our office to speak with our Ohio overtime attorneys today by calling 1-614-949-1181.